We hear it time and time again from our customers. A computer runs just fine, then is upgraded to the latest operating system, OSX 10.11 “El Capitan”, and suddenly starts running slowly. Why does El Capitan make some Macs run so slowly and perform worse than before? It all comes down to the type of hard drive in the computer or laptop. 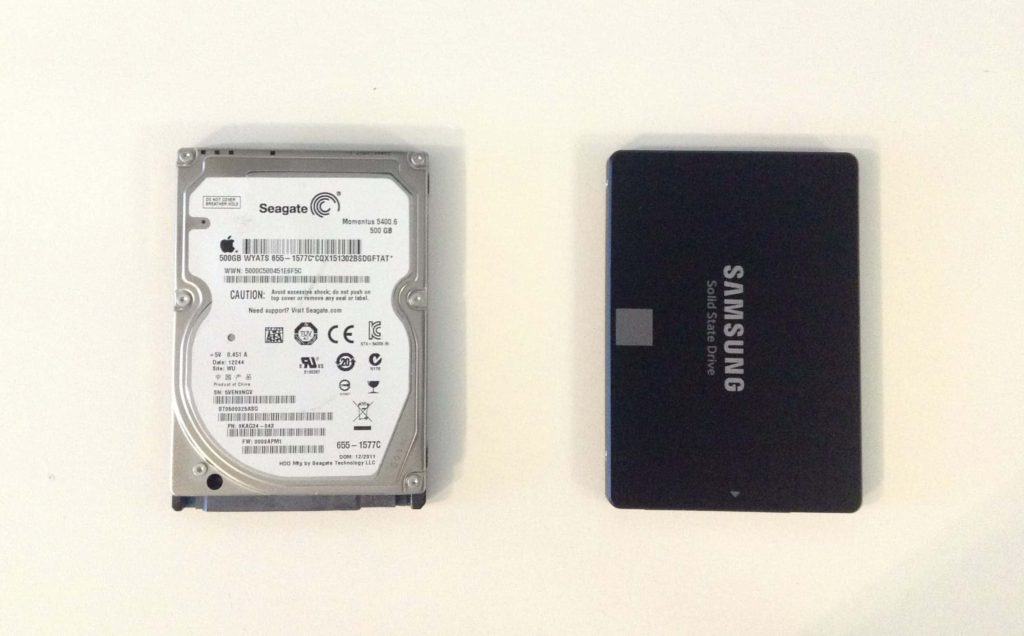 A Mac may have the specs to be officially supported for OSX 10.11, but that doesn’t mean that it’s optimized for the older machines. Most Macs made before 2012 come with a standard spinning disk hard drive, sometimes called “HDD” or simply hard drive. This is the classic hard drive that you’re probably familiar with, and it has spinning plates that store the data, and makes a quiet whirring sound when it’s running. The newer solid state hard drives have no moving parts, like the storage on your phone or iPod Shuffle, and are much faster. An SSD boots up faster, launches apps faster, runs apps better, and provides a noticeable performance boost to any computer. El Capitan was designed to run on an SSD. When it’s installed on an older HDD style drive, speed suffers. The good news is upgrading to an SSD fixes the problem! These solid state drives used to be very expensive, but prices have come down. It’s one of our favorite upgrades to do, because the results are so dramatic. A new SSD really breathes new life into an older MacBook or iMac. The 500GB model pictured above is only $319 with installation in an older MacBook. Pretty cheap compared to a new MacBook Pro.

If you have El Capitan on your iMac, MacBook, or MacBook Pro and don’t have a SSD (solid state drive), we strongly recommend getting one! Especially if you’re frustrated by a slow Mac that constantly has a spinning wheel, pinwheeling cursor, takes forever to load apps or programs, slow boot, or if you’re thinking of upgrading your hard drive because you’re running out of space and are worried about how much it will cost. We think a new SSD is almost always worth it.

If you’re wondering if your Mac model can be upgraded to an SSD, bring it by our shop for a free diagnosis and quote. No appointment necessary!