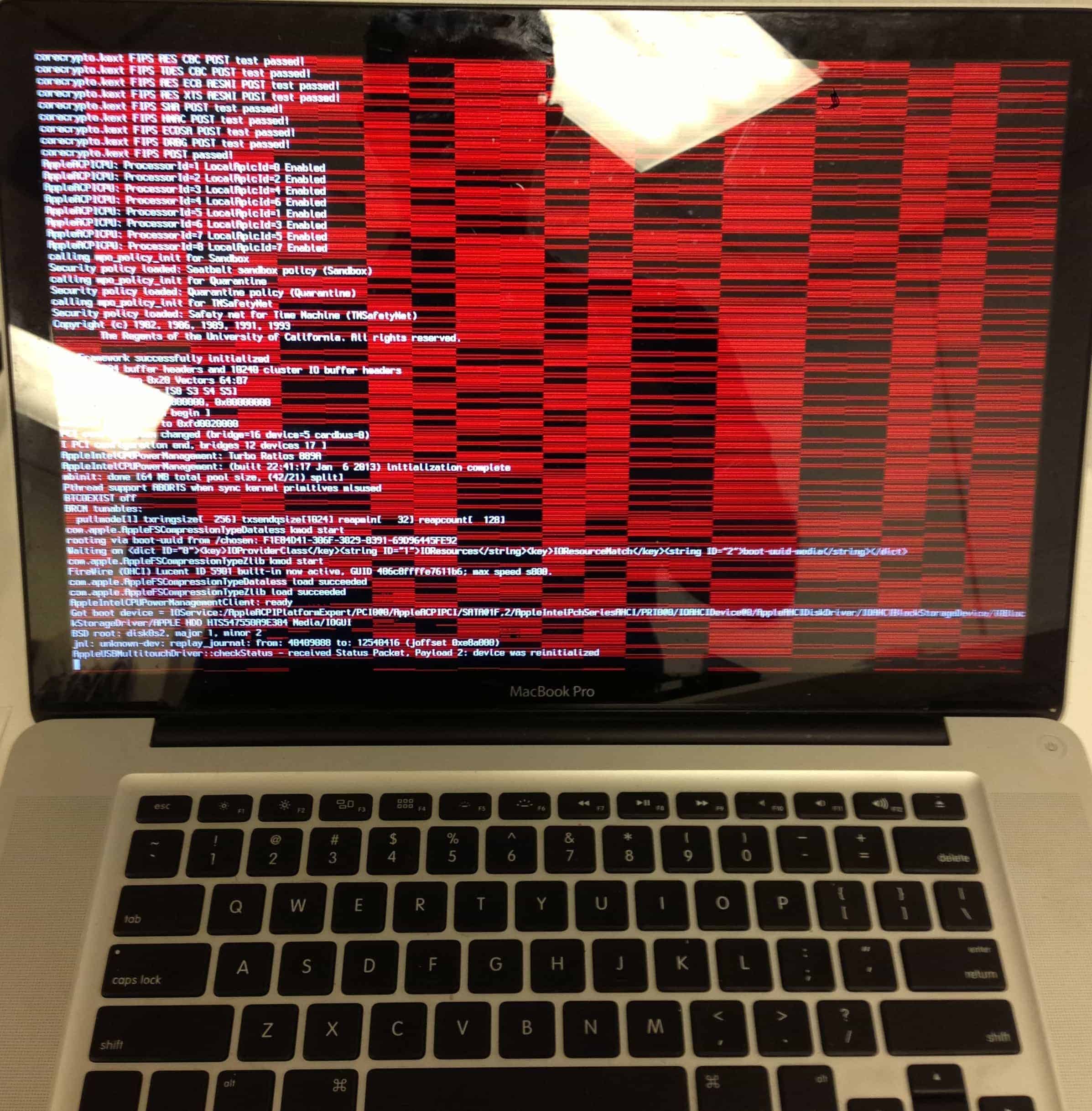 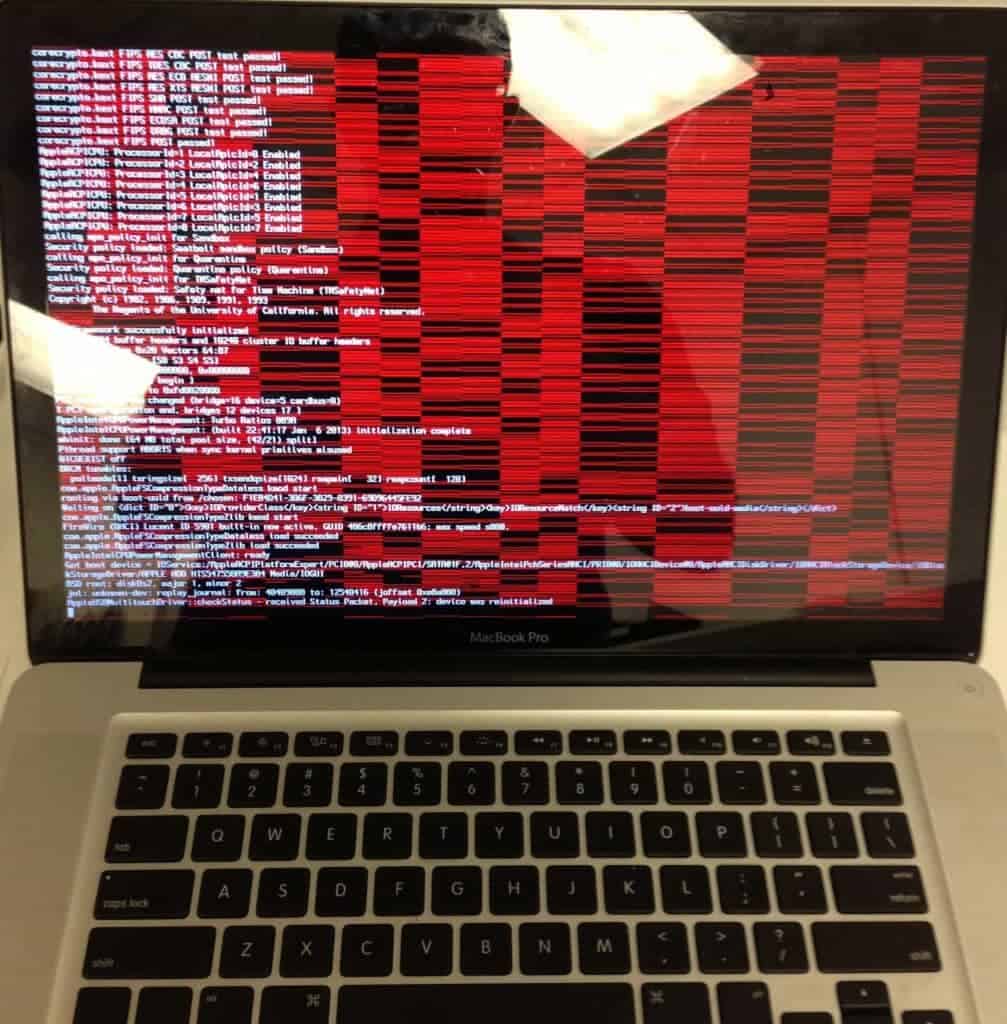 This MacBook Pro 15″ looks like it is having graphics chip failure, but it is not! The OS that was loaded was too old to support the newer graphics card. Once we updated the system to the proper OS, it worked as good as new!

This is a rare case of something that appears to be hardware ending up being software. In our experience most graphic issues like this do end up being the graphics chip that is the issue rather than a software problem like a bad driver.

Apple had a repair extension to help fix the issue, but it expired back in 2016. The repair process Apple used normally included replacing the chip or at least reconnecting it to the logic board.

Unfortunately the replacement chips did indeed fail again as the problem is an issue with the manufacturing of the chip itself. Since 2018 we have started offering the service of turning off the bad chip that is present on the board and forcing the computer to use the secondary chip instead!

If you are interested in getting more time from your 2011 MacBook Pro with the graphics issue, bring it on in to us for a free diagnosis and we will let you know if we can help! There is no appointment necessary, so just drop-off anytime it is convenient for you during our regular business hours.