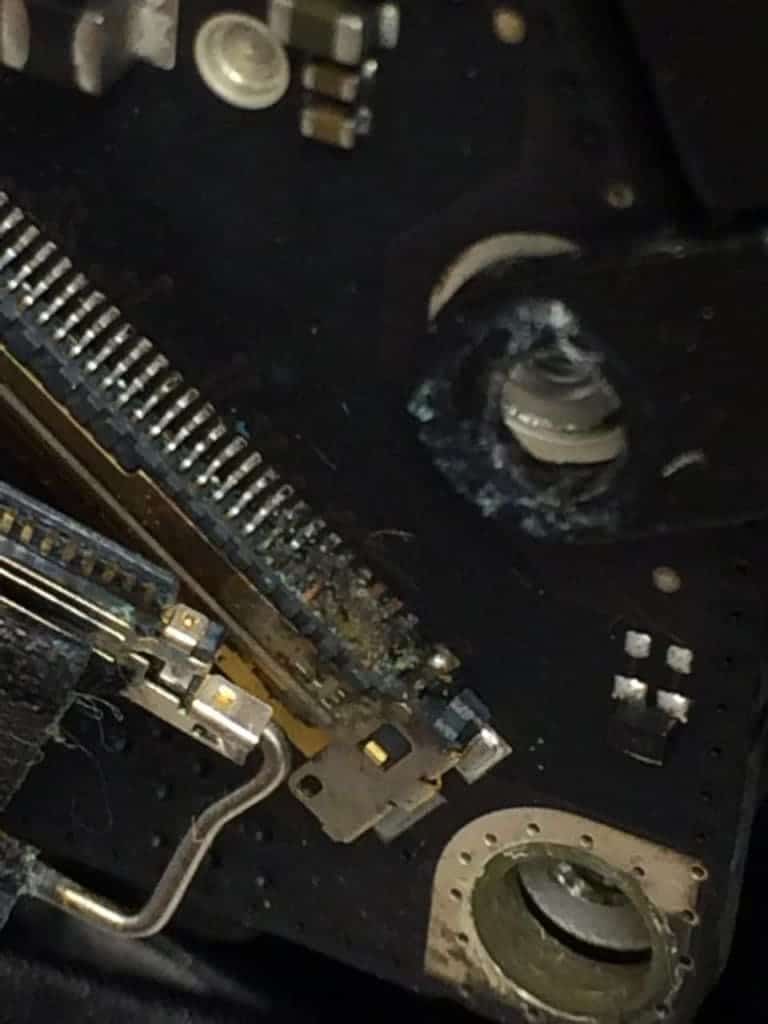 Liquid damage happens frequently, it happens inconveniently, and the amount of damage varies wildly. In this case, the liquid reached the logic board. Sometimes, a thorough cleaning can remove liquid corrosion from a logic board with no further issues. Things get more complicated with liquid damage on any connectors on the logic board.

In this case, the LVDS connector was badly corroded, and shorted which caused it to burn. This is the cable that connects the logic board to the display. The computer was brought to us because the screen failed to turn on, and it’s easy to see why. The liquid on the connector caused the cable to short and in turn singed the side of the connector. We call this a “board level repair” and the whole logic board must be sent to a logic board technician for replacement of the connector. It can be a time consuming repair, usually taking several days to complete, but it is usually successful and it is cheaper than replacing the whole logic board.