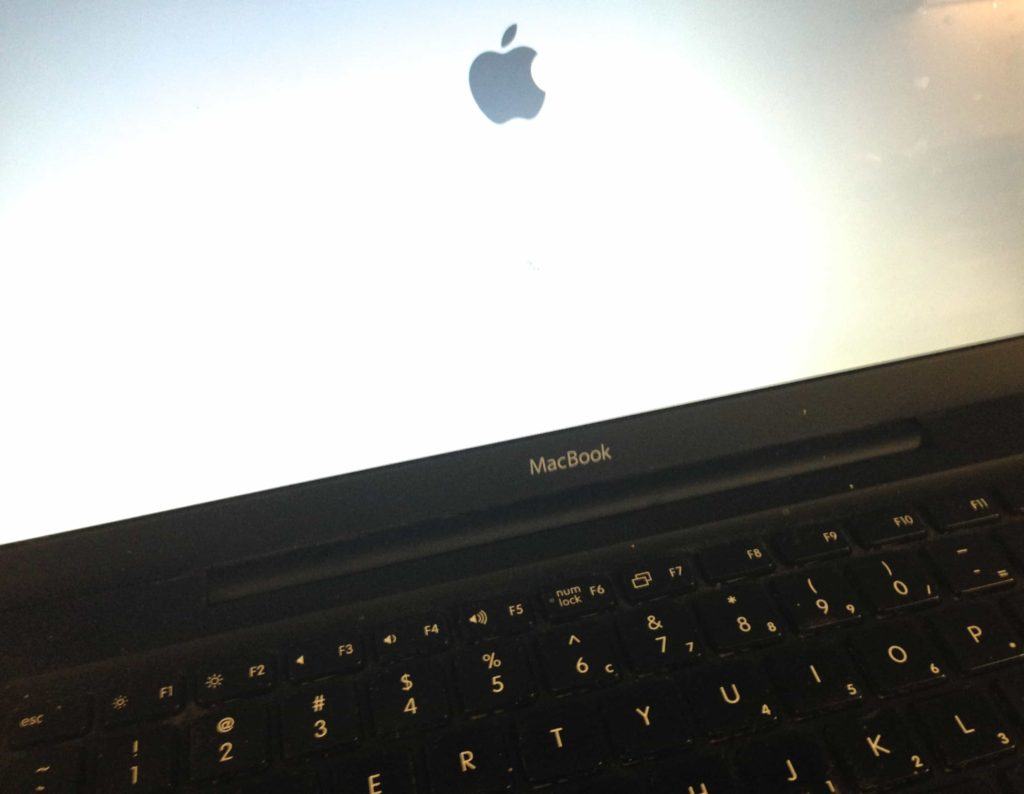 The old black and white MacBooks are a resilient computer! We still see them come in for little repairs fairly consistently, despite having a manufacture date pre 2008. There is still a good bit of life left in most of them, and for users who only a need computer for basic web browsing, they are a great tool!

We just had a MacBook come in with a pretty common screen issue: the screen was on, but there was no backlight. At first glance, the screen looked dead, but if you shine a bright light on a black screen (we used our iPhone flashlight) and you can see the image on the screen, then the issue in these MacBooks can be a worn out inverter cable, which supplies the backlight. This cable comes out of the screen and rests on the hinge beneath the bezel. 5 or 6 years of opening and closing the lid can easily wear this cable down.

We replaced the inverter cable and sent the MacBook back out good as new. It’s minor maintenance on a computer that has proven itself to have staying power. The old MacBooks certainly aren’t the fastest computers anymore, and they absolutely look a little dated next to their sleeker younger cousins in the new MacBook Pro line. But regardless, they have consistently proven themselves to be computers worth a little repair work. I imagine we will still see MacBooks coming in the door for several years to come.

31-Jan-2020 UPDATE
Unfortunately the usefulness of this model has come to an end unless you need to run an older operating system for a particular use. These older white and black MacBooks will not run the modern Mac operating systems, and therefore will not run new enough versions of browsers.

But don’t toss it just yet! These computers can run an operating system such as Linux, with the newest version of a browser like Firefox! It is not Mac OS and may take some getting used to, but it does allow the computer to be usable again.